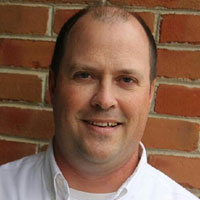 Chris Winkle has been named VP of Development of Pride One. Chris previously served as Land Development Manager. Pride One Construction is a Developer and General Contractor that works primarily in the Eastern US from Florida to Michigan. Our Core focus of projects are Multi-Family Apartments, Industrial Warehouses, Hotels, Senior Living, and Commercial Construction.

Mr. Winkle has over 27 years of experience in development on the engineering, architecture land acquisition and construction. He started his career with the Western Reserve Engineering and Surveying as a Civil Engineering Designer and Surveying Assistant. Chris then went onto working at several Cleveland area engineering and surveying companies before moving to Columbus, OH where he worked for WD Partners, a national architecture and engineering firm, as a Project and Client Manager for over 12 years. Chris then moved on to become the VP of Operations for a startup civil engineering & surveying company in Columbus for 3 years. Chris later joined a national event venue company as their VP of Land Acquisition & Development, where he helped them expand from 20 national locations to almost 50 locations before landing at Pride One Construction in 2019. Chris brings years of experience in development from both all areas of development. He is a great leader of people and is improving his department tremendously in a short period of time.

Winkle came over to Pride One over a year ago where was an instrumental part of the success of our land development team and is now developing a new team within our new Development department. Chris has team-oriented approach in managing where he is proactive in getting the team involved to learn, understand and succeed together as one in development. Chris is an integral part of our business and we are excited for him to lead our new development division for years to come.

Before his development career began, Chris was a graduate of the University of Akron. Chris has been married for 27 years to his wife Laurie and has 4 kids Caitlyn, Stephen, Mason and Brooklyn. Chris resides in Milford Center, OH.